Public Participation continues to be an important part of the Silverbell Road improvement project. Please check back for information on future public meetings and project updates that will occur during the design and construction of this important project corridor. 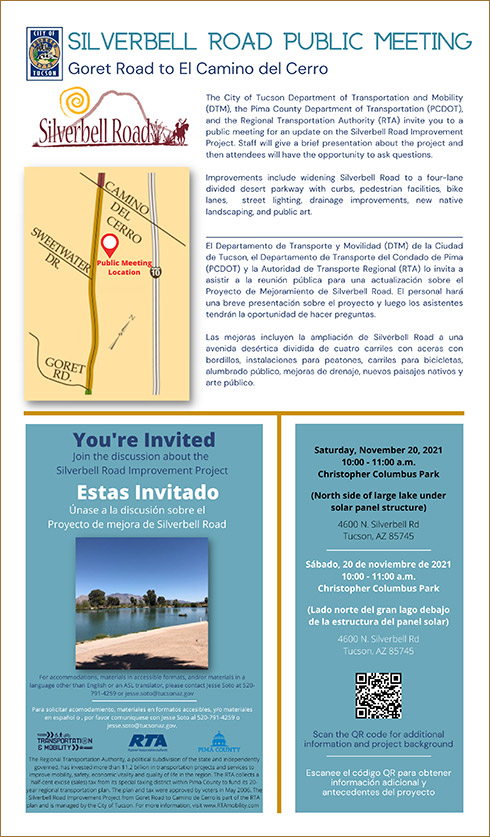